Some salient aspects for the functional programming community and type system researchers are brought up. Module systems, types, and FP are all touched upon, and Haskell is named a few times.

I quote the questions and hypotheses below for easy perusing. I’ll follow up with some of my thoughts and experiences.

First, there must be an interpreted mode for a language. It’s been extremely valuable to me to be able to hop into a REPL to experiment with a language feature. This was especially valuable to me when I was first learning Python, and afterwards, when I started learning Haskell. With Haskell in particular, I found it easier once understanding how the type system worked to prototype at the type level working with ghc-mod and emacs.

This brings me to my next point, addressing hypothesis (9) - I believe this to be true generally, and I’m certain that it is true for me personally. Towards this end, I advocate for languages to decouple their type-checking phase from the remainder of their compilation pipeline. All the better if this is exposed as a compiler-mode or even a library. I’ve used this to great effect while working on Haskell code with emacs. Knowing whether what I’ve written will even build is often just a save away. It takes less than a second (and often much closer to less than 100ms) to get rich feedback. By rich, I mean, errors are highlighted, and if I hover over a particular line, I can see the cause of the error in the form of a compiler type error message or as a linter suggestion. 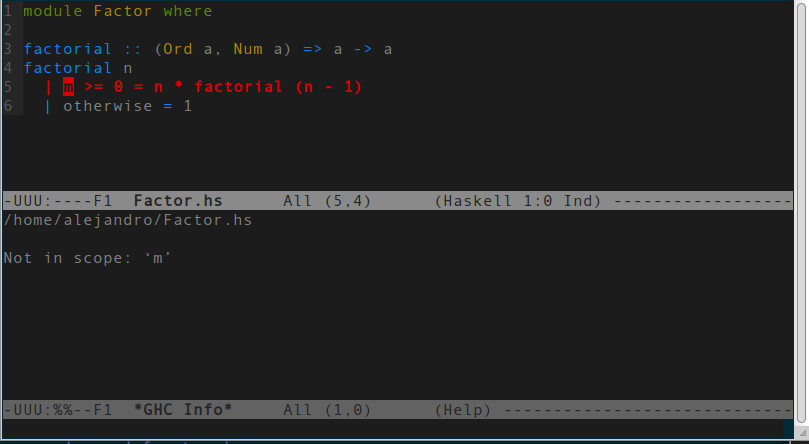 I can speak to hypothesis (10) a bit. Libraries like Parsec and Cryptol in Haskell make a strong case for this concept. Parsec provides a potent, eDSL for parsing arbitrary data. Constructing an efficient parser using this language is surprisingly pleasant. Something like Cryptol goes a step further even, challenging what I believed was possible with Haskell. It is an eDSL for specifying cryptographic algorithsm which in turn generates provably correct C code. There is much merit to the proliferation of harmonious eDSLs.

Hypothesis (14) makes me nervous. I would be okay submitting anonymized statistics. However, this choice must be clearly presented to the users, and their consent explicitly given.

I submit another question that may have not been considered.

From what I’ve seen in my short time working in industry, this is a very real problem. I’m sensitive to this group of individuals because I’ve spent some time assisting in these scenarios. A rewrite isn’t always possible, unfortunately.

I’m happy to see social considerations being explored in the programming languages space. It’s a problem that’s dear to me, since I spend a bit of my time advocating for the adoption of empowering type systems and functional techniques. I think I’ll sit with this paper for some time and see how it changes how I look at the process of advocacy.